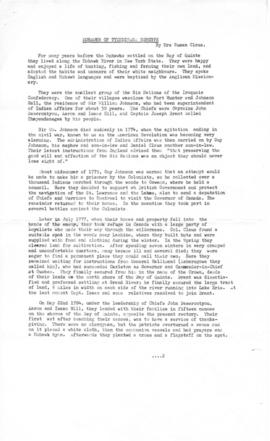 File contains a typescript history of the Mohawk of Tyendinaga 1784-1960. 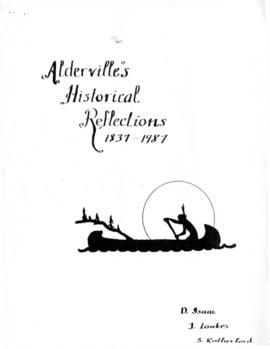 Summary of the history of Alderville First Nation in two sections: 'Our Aboriginal Roots' and 'Mission on Grape Island'.

The file contains a copy of a newspaper titled "Central Ontario Visitor from Lake Simcoe to the Kawarthas". There is an article on page 3 titled "First Nation history tells story of loss of a culture", about Alderville First Nation; Mississauga Ojibways.

This file contains correspondence from Ralph Mills regarding a provision in his late wife's (Thora R. Mills) to erect a fence around a grave-yard on the Tyendenaga Indian Reserve.

The Interpretation of the Quinte and Perch Lake Mounds

File contains a photocopy of pages 38-63 from the publication the Ontario Archaeology, Number 72, 2001, written by David A. Robertson "Mourning, Curing, Feasting of Industry? The Interpretation of the Quinte and Perch Lake Mounds".

Heavens on Fire: In Search of Dr. O.

Short documentary (5 minutes) on the life of Dr. Oronhyatheka, a physician from the Six Nations territory.

File contains a newspaper article concerning the Tyendinaga Mohawk claim to Foresters' Island in the Bay of Quinte, in 1968.

File contains a printed bulletin of the Departments of History and Political and Economic Science, Queen's University, entitled "Captain John Deserontyou and the Mohawk Settlement at Deseronto" by M. Eleanor Herrington. The bulletin was published in 1921 and recounts the history of the early settlement of Tyendinaga. Also contains a letter to the editor of the Ontario Intelligencer explaining the origins of Captain John Deseronto [Deserontyou's] name.

Oronhyatekha, the Independent Order of Foresters and their Greatest Accomplishment; Foresters' Island Orphanage

Assignment by a Grade 13 student.

File contains a pamphlet announcing the 1961 publication of Kayonakonte: 'Daughter of the Gods' by poet Wallace Havelock Robb, based on a Mohawk tradition. 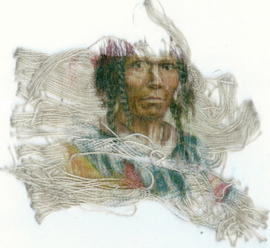 Scan of a portrait on a fragment of silk

Scan of a fragment of silk with a head-and-shoulders portrait of a Mohawk man. The item was found in a Portt family (of Tyendinaga) photograph album. 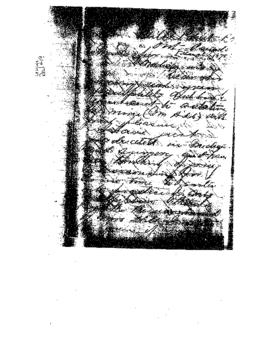