Letters sent to William Randall, a tailor from Lonsdale, Ontario, chiefly from his sons, Herman and Prosper, who were working in the United States. There are several letters relating to Loyal Orange Lodge business (including one from Dr. Oronhyatekha), and others appointing Randall as Returning Officer for elections in Tyendinaga Township. One 1864 letter from Herman Randall mentions the U.S. Civil War, while an1866 letter from Arthur Burley of Big Rapids, Michigan, refers to the Fenian Raids.

Bible and receipts of Irvine and Esther Diamond 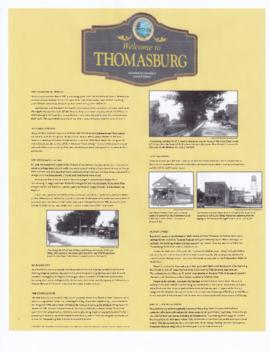 Scanned photographs of buildings in Thomasburg, Ontario and a digital copy of a poster describing the history of the town.

Records of the Harold Cheese Manufacturing Company, including minutes of shareholders' meetings, financial records and correspondence.

Collection of postcards and newspaper clippings relating to Trenton, Ontario. 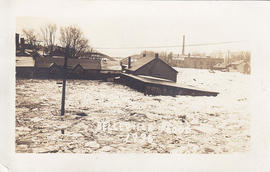 Postcards of Belleville floods in 1936

Two postcards and one photograph of flooding in Belleville, Ontario in 1936.

Promotional guide to the Bay of Quinte area.

Bay of Quinte Regional Marketing Board 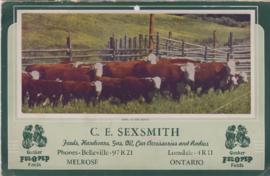 Printed monthly calendar for 1948 produced for C. E. Sexsmith, vendor of feeds, hardware, gas, oil, car accessories and radios in Melrose, Ontario. On the back of each page are hints and information for household and farm use, with 'Helpful Facts for the Housewife' on the first page. The calendar pages hold advertisements for Quaker 'Ful-O-Pep' animal feeds.

Deeds, legal papers, receipts and insurance policies relating to James Ross Cole (1868-1938) of Tyendinaga Township and Corbyville. Includes receipts from Belleville General Hospital and Bishop's Seeds and a 1901 bank book from the Canadian Bank of Commerce.

Twelve audio files on people and families of Belleville, Ontario, produced to mark the 200th anniversary of the city receiving its name and broadcast on CJBQ radio. Researched by Peter Annis and funded by the City of Belleville.

Photographs taken by members of the Muir and Woodhouse families. 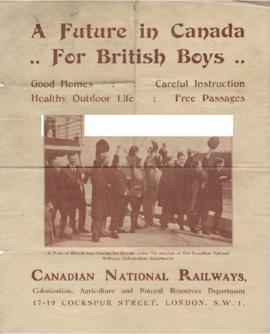 Scan of poster 'A Future in Canada for British Boys'