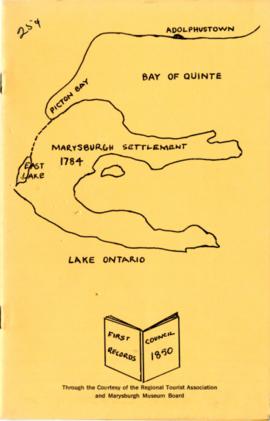 File containing booklet on the history of the founding of Marysburgh and township council records from 1850-1.

File contains a list of place names in Hungerford and their history. There is also a copy of a statement made by a surveyor in 1797 regarding the quality of land in Hungerford. Used by Gerry Boyce for his book , Historic Hastings.

File contains micro-copy of a printed booklet entitled "A short history of Marmora : with pebbles and twigs from Marmora Point," by W.R. Freeman.

File contains a photocopied manuscript memoir by Gertrude Hay Caverly, relating her experiences as an early settler in northern Marmora Township and describing conditions in the township ca. 1850-1857. Submitted to Gerry Boyce for his book, Historic Hastings. 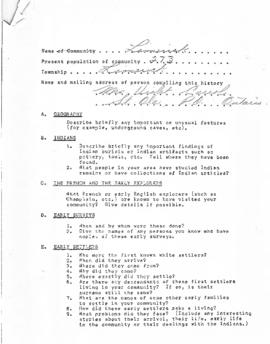 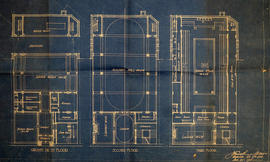