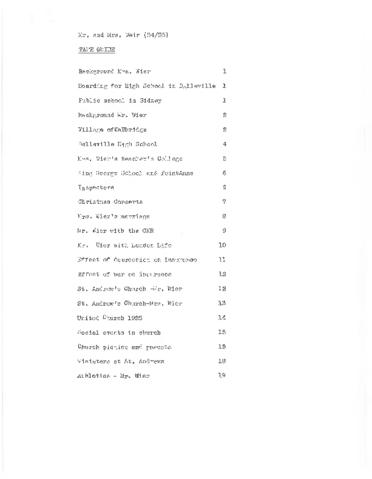 George Vernon Weir was born in Leroy, New York in October of 1900. His family came to Belleville when he was about six. He played both hockey and basketball with Belleville teams. He was also a ball player with the Belleville Grand Trunks team, winner of Ontario championships in 1919 and 1924. He was married to Jessie Irene Russell. He worked in the Canadian National superintendent's office in Belleville until 1932, then joining London Life Insurance company from which he retired in 1960. Vernon Weir was a leading member of St. Andrew's Presbyterian Church, serving 47 years on the church board of sessions. Vern Weir died on August 18, 1983.