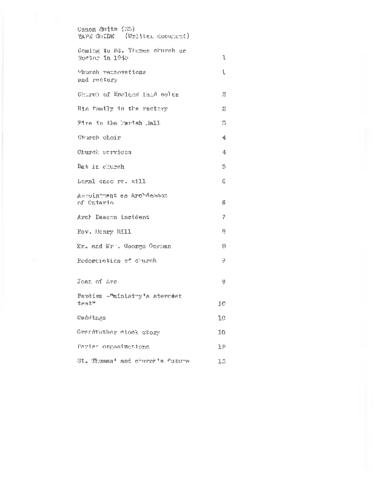 Canon F. Arthur Smith was in the Canadian Army Chaplain Corps for six years during the Second World War. His first parish as rector had been in Roslin, Ontario. He and his wife, Marjorie, and their children moved to Belleville when he was rector of St. Thomas' Anglican Church during the years 1945 to 1953. He was then appointed rector of Christ Church Deer Park in Toronto from 1953 to 1967. Canon Smith and his wife lived in Oakville, Ontario for his retirement.