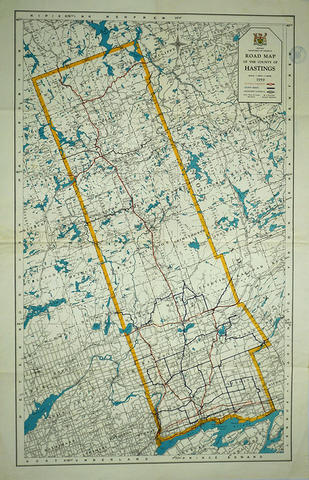 He served as Deputy Minister in the Department of Highways from 1959-1961.

A road map of Hastings County in 1959. Portions of adjoining counties are also pictured. Boundaries are yellow, while roads are blue and red. Published by the Ontario Department of Highways. Scale: 1 inch = 4 miles.