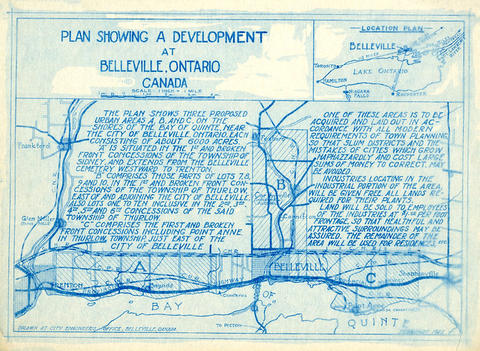 "Plan Showing a Development at Belleville, Ontario, Canada." Includes the proposal of 3 urban areas labelled A, B, & C, and the proposed building of an international airport and casino. Drawn at the City Engineer's Office and signed February 1925.