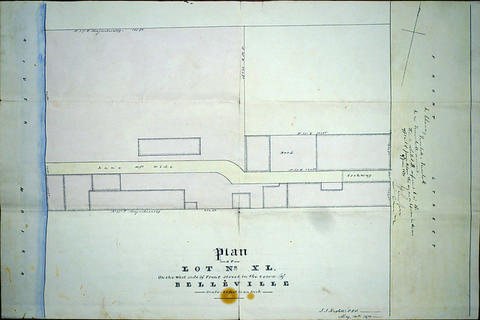 Plan of Lot XL/40 in the town of Belleville

An original, hand-painted "Plan of Lot XL [40] on the west side of Front Street in the town of Belleville. Scale 20 feet to an inch." The plan includes the River Moira in the west, a yard, an archway and Front Street in the east. Surveyed by P.L.S. John J. Haslett and signed May 14, 1870.

Photographed and available online at https://www.flickr.com/photos/cabhc/48543432511/