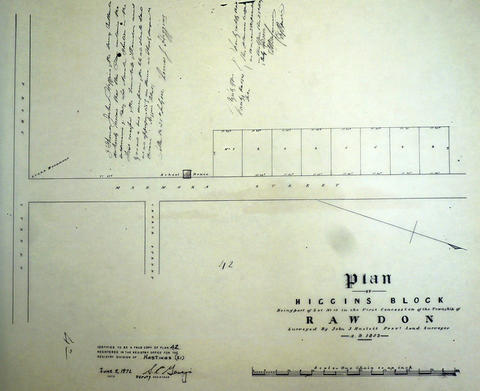 Plan of Higgins Block in the village of Rawdon (Stirling)

A certified reproduction of the Plan of Higgins Block, part of Lot # 13 in the 1st Concession of Rawdon Township, for Thomas Jahred Higgins. One building marked “School House” on the west side of Marmora Street. Surveyed by John J. Haslett, P.L.S. in 1853.

This copy was made in 1972 of plan #42, as registered in the Hastings Land Registry Office.