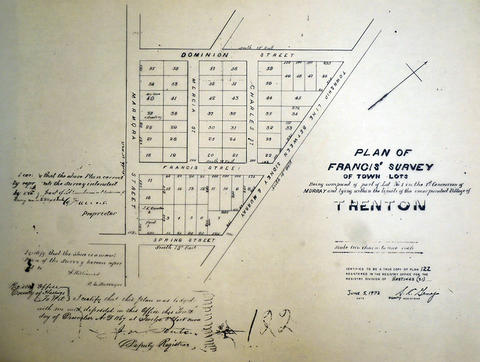 Plan of Francis Survey of Town Lots in Trenton

A certified reproduction of the Plan of Francis Survey of Town lots, composed of part of Lot # 1 in 1st Concession of Murray Township. Surveyed by John J. Haslett, P.L.S. and signed April5, 1869.

This copy was made in 1972 of plan #122, as registered in the Hastings Land Registry Office.