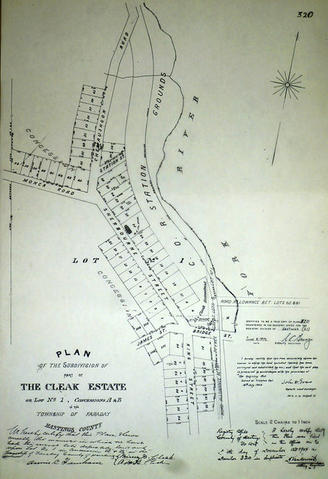 Plan of Cleak Estate in the Township of Faraday

This copy was made in 1972 of plan #320, as registered in the Hastings Land Registry Office.

Photographed and available online at https://www.flickr.com/photos/cabhc/48380244291/