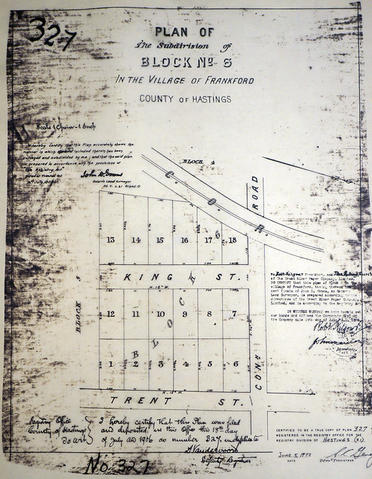 Plan of Block 6 in the village of Frankford

A certified reproduction of the "Plan of subdivision of Block # 6 in the Village of Frankford.” Surveyed by John D. Evans O. L. S. and dated July 14, 1909.

This copy was made in 1972 of plan #327, as registered in the Hastings Land Registry Office.

Photographed and available online at https://www.flickr.com/photos/cabhc/48380412021/