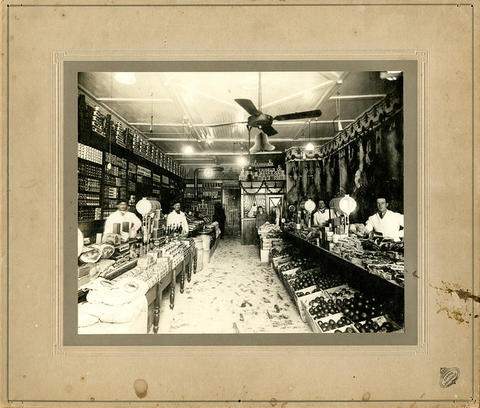 William Spence Clarke was a photographer in Belleville, Ontario. He died on 15th January 1944.

Obituary published in the Ontario Intelligencer on the day of his death:

William Spence Clarke, Trent Road, Belleville, died in the Kingston General Hospital early this Saturday morning after an illness of seven weeks' duration.
The late Mr. Clarke, who was in his 78th year, was born in Campbellford and was a son of the late Mr. and Mrs. Thomas Clarke. Fifty years ago he came to reside in Belleville and for a considerable time he was a partner with the late H. K. Smith, the firm being widely known as Smith & Clarke, Photographers. Later he entered business on his own account and except for a short time during which he lived in California, he carried on a successful business in this city. He stood high in his profession as a photographic artist.
To many friends in Belleville and elsewhere the death of W. Spence Clarke has brought much regret. He was well known in the city and district and was highly esteemed. In religion he was a member of Bridge Street United Church and fraternally he was a life member of Moira Lodge No. 11 A.F. & A.M.: Moira Chapter No. 7 R.A.M. and King Baldwin Preceptory No. 6.
Surviving him are his wife, the former Agnes Campbell; two brother, Mr. Jamieson Clarke, of Buffalo, N.Y., and Mr. James Clarke, Los Angeles, California.
Resting at the Martin Funeral Home, Church Street, until Sunday morning, then at his late residence, Trent Road.

Found with unprocessed materials in January 2020.