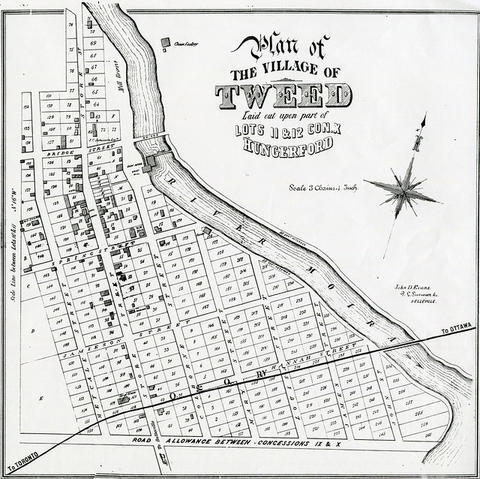 Photocopy of a Plan of the Village of Tweed

John D. Evans was born in Goderich, Ontario, and educated at the Upper Canada College in Toronto. He trained as a land surveyor and moved to Belleville, Ontario, in 1867. He worked as a surveyor and architect, being responsible for a number of buildings in Belleville including what is now City Hall (built 1871-1873). He worked as the Chief Engineer of the Central Ontario Railway from 1881, retiring in 1925. Evans died in Toronto in 1930.