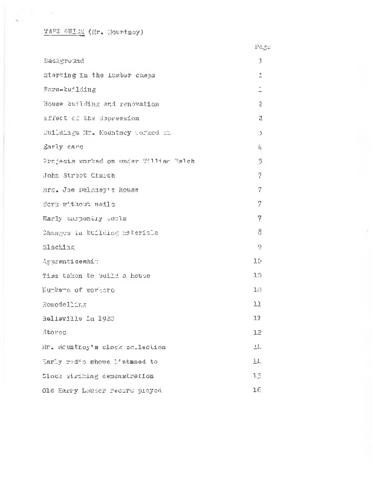 William Charles Alexander Mountney was born on March 4, 1904 in Musclow, Monteagle Township, the son of Cornelius E. Mountney and Christina A. Lake. He married Elizabeth Bradford. As a carpenter, he began by building barns and from that went on to building and renovating houses. Initially, he worked for Ed Rutherford and then for William Belch. He died in Belleville on December 15, 1997.