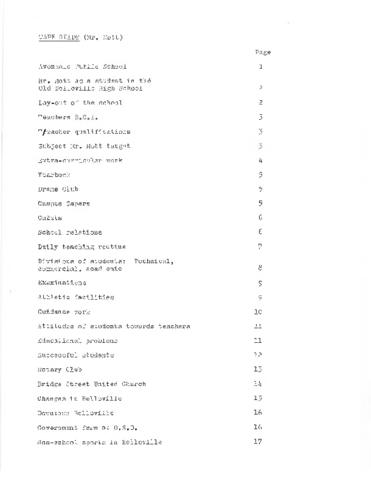 Harold Frederick Mott was born on August 21, 1910 in Sidney, Hastings County. He was the son of James Percevill Mott and Emily Maud Latta. He married Mary Bellyou on July 30, 1938. Mr. Mott spent forty-one years in the teaching profession, including thirty years at Belleville Collegiate Institute. He began teaching at Moira Continuation School and later taught for four years at Queen Alexandra Public School. He was active in the administration of Bridge Street United Church and the Belleville Rotary Club and was a member of the Quinte Country Club and the Temple and Belleville Masonic Lodge. He died on July 29, 1975.