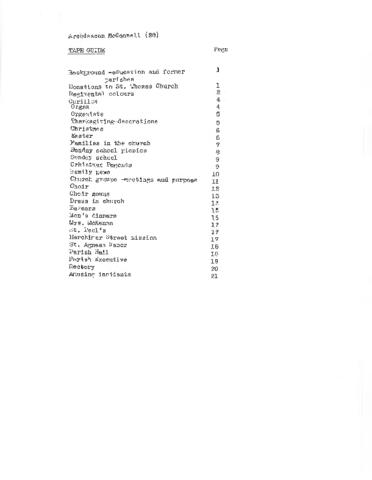 Archdeacon A.S. McConnell was born in County Fermanagh, Ireland on September 5, 1899, the son of John and Maria Jane McConnell. He immigrated to Canada and later fought in the First World War, enlisting in Toronto. He was married to Mary Emily Rebecca (Ruby) Foy. He became rector of St. Thomas Anglican Church, Belleville in 1955 and Archdeacon of Ontario. He died on June 21, 1978. He is buried in St. George's Cemetery, Trenton, Ontario.