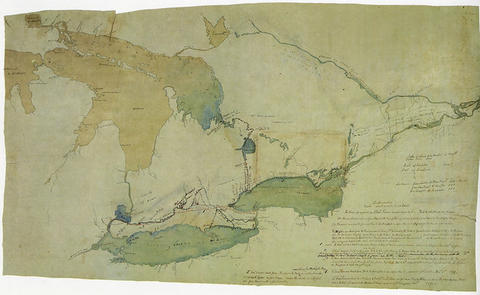 Received from the Archives of Ontario.

Map showing "the Routes Lt. Gov. J. G. Simcoe took on trips" throughout Upper Canada from March 1792 to September 1795. The map was charted by Lt. Gov. Simcoe himself and published by Stonehouse Publications. A good depiction of the area now referred to as Southern Ontario and his plans for a capital there - "London." This map can now be found in "Charting Our Past" from the Archives of Ontario.