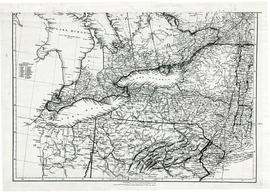 A map showing settlements of Ontario and part of the United States in February 1834 by J. Arrowsmith. The total area extends from Lake Huron East to Montreal and south Ohio to Long Island.
Received from the Archives of Canada's map collection - 11 May 1977. 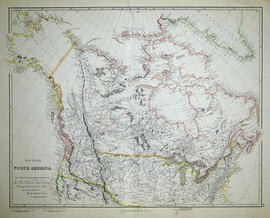 A reproduction by the Canadian Department of Energy, Mines and Resources of "British North America by Permission dedicated to The Honorable Hudsons Bay Company containing the latest information which their documents furnish by their obedient servants." The map was originally composed by John Arrowsmith in 1834. 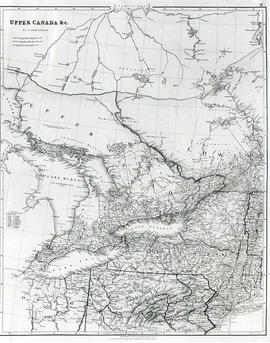 A map showing settlements of Upper Canada and part of the United States in 1834 by J. Arrowsmith.
Received from the Archives of Canada's map collection - July 9, 1971.