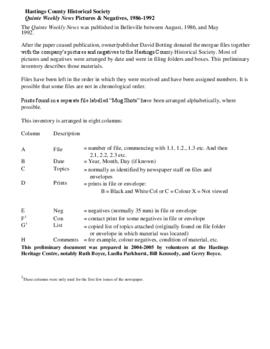 Editions of the Quinte Weekly news, August 1986 to May 1992, with photographs and negatives.

Newspaper published in Trenton. Issues for:

The Community Archives has an extensive collection of original local newspapers and magazines, as well as microfilm copies of the Intelligencer, the Hastings Chronicle, and the Daily Ontario. 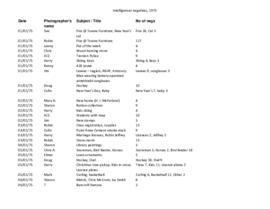 Negatives taken by Intelligencer staff in 1975.