The file contains a photocopies of a newspaper article from the Standard, Montreal, dated 23-Nov-1946 titled "Ancient Art Dying Out" manufacturing the gold leaf used to make the names of law firms and banks stand out. Includes picture of 3 generaions of Gee Family, George, William and William Jr. and Ella Wannamaker.

The file contains a original building permit for the City of Belleville, dated 14 June 1951; 2 copies of photograph from the Royal Tour 1959 and notes about the Mead Johnson plant located at 231 Dundas Street East, Belleville.

The Community Archives has an extensive collection of original local newspapers and magazines, as well as microfilm copies of the Intelligencer, the Hastings Chronicle, and the Daily Ontario. 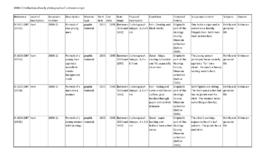 Index cards with brief information about various births, marriages, and deaths in Ontario.

Index cards with brief information about births and deaths in Hastings County.

The file contains several letters from The Bay of Quinte District High School Board addressed to Mrs. Gordon Parkhurst.

The file contains a number of items connected with the Symons Family:

This fonds contains a variety of documents relating to the Belleville Fire Department which include official policies relating to health and safety, arbitration, indemnity agreements with surrounding communities, uniform specifications, certificates and cards, labour-related issues, scientific studies, records of the city of Belleville and the Belleville Professional Fire Fighters Association in addition to newspaper clippings related to the fire department dated from 1907 to 2001.

Recording of a talk on the Royal Flying Corps training camps near Deseronto, Ontario, given by J. Allan Smith to the Hastings County Historical Society. 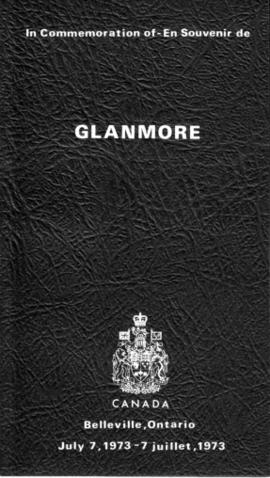 Scrapbook pages with 20 colour photographs of the opening of Glanmore on 7 July 1973, with subsequent newspaper reports on the occasion, invitations and commemorative booklet. 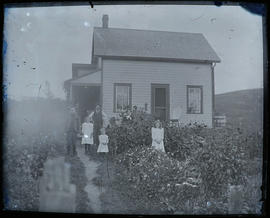 The collection contains 8 glass negatives depicting group portraits of men, women and children in farmland and indoors. There are also images of farmhouses. 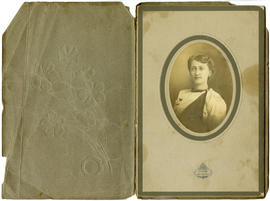 Photographs from the Grimson family. The collection contains images of families, couples, and individuals outdoors and in studio settings.