File contains a printed list of the names and rank of veterans of the Boer War enlisted from Belleville and vicinity, who served as members of the Second Battalion, Royal Canadian Regiment.

Part of Records of the Women's Study Guild (Belleville)

Banner celebrating the 50th anniversary of the Women's Study Guild, audio recordings of the 60th anniversary, with programmes and invitations for the event.

Correspondence, lists of residents and township maps created during the project to introduce the 911 emergency telephone number in Hastings County. Roads were renamed and renumbered during the course of the project and a proposal to auction off the names of roads in Rawdon Township was rejected by local residents.

A Backward Glance of the upper end of Belleville's Front Street in 1959 and the four corners (Bridge and Front Street) in Belleville in 1960. Lloyd Thompson

A guide for canvassers for the Parker election campaign from 1909.

A Century of Discovery

A Christmas scene in front of a fireplace.

A Close Up of Southern Ontario, Ontario, and Canada

A Decade of Sundays 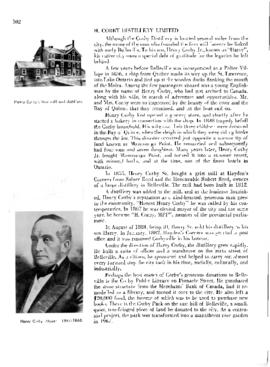 A Ladder of Swords 1

A Ladder of Swords 2 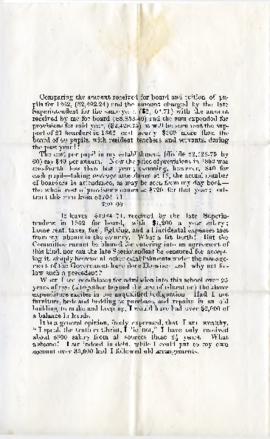 A Lodge in the Wilderness

Draft of "A Lodge in the Wilderness" by Parker