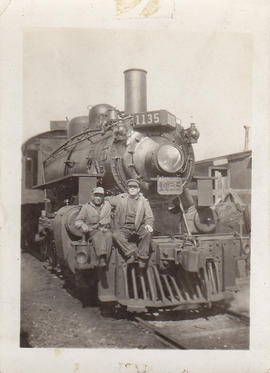 Photographs relating to the career of Leonard Fry, who was a member of the 34th Belleville Field Artillery and an employee of the Grand Trunk Railway and Canadian National Railway. Includes aerial view of the roundhouse in Belleville at the end of the Second World War, March 18, 1939 edition of 'Saturday Night' magazine and a souvenir edition of Canadian National Magazine with photographs of the 1951 royal visit. 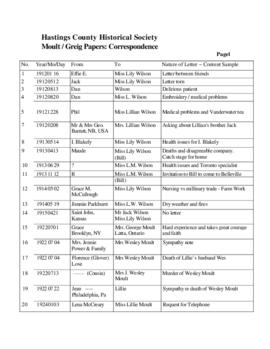 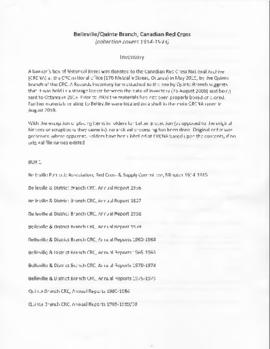 The fonds consists of 48 letters written during World War I, transcriptions of the letters, 1 CD and a book titled 'Just a Few Lines: A Memoir of William Thomas Miles from the Great War, 1916-1919'. The book is written by Thomas N. Miles and William J. Miles, Will Miles' sons and is based on this collection of letters. 47 of the letters are from Will Miles to his mother and 1 is from his cousin Maud to Will Miles. The letters are written between Sept. 30, 1916 and Feb. 18, 1919. Most of the letters are sent from France with a few of them sent from England, Barriefield Camp and Bramshott Camp. The letters discuss Will Miles' day to day life being a soldier during WWI, Flanders mud, lice, hunger and poison gas, meeting girls, complaining of the the food he eats, people being injured or sick, himself being injured, the weather, thanks for receiving parcels, running into old friends and looking forward to coming home in 1918.

The fonds contains 12 postcards with images of various locations throughout Ontario, mailed to members of the Morrison family in Tweed, Ontario. 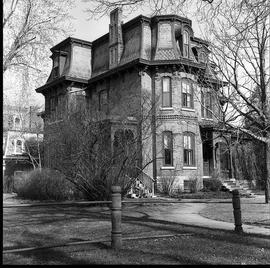 Negatives of photographs of houses in Belleville, Ontario

A series of negatives of properties in Belleville, Ontario, taken by members of the Belleville Camera Club on behalf of the Historic Structures Committee of Hastings County Historical Society. Also a file containing a list of the houses in 'Area C' of Belleville (from the east side of Front Street to East Hill) which were to be photographed.

Separate pages of a photograph album with 35 photographs taken in and around Belleville, Ontario around the end of the nineteenth century. 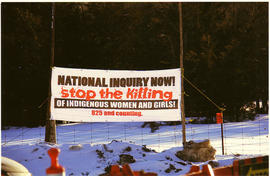 Photographs of flooding and ice in Belleville in 1918, taken by Kathryn Cummins (born Kathryn Millan in 1900).