This collection contains three volumes and a bundle of deeds and mortgages relating to properties in Hastings County. 'Patent Record': volume arranged by township, concession, and lot number, recording the original patent holder and the date of granting for each lot in Hastings County, 1800-1947 'Liber A': the earliest land register book for Hastings County, covering instruments 1-110, 1800-1811
*Printed 'New Topographical Atlas of the Province of Ontario, 1879' 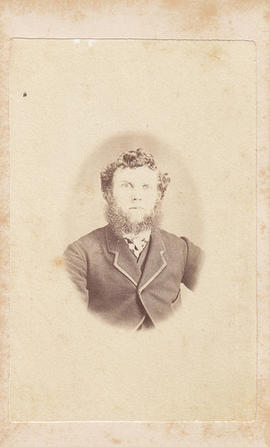 Photograph of a young, bearded man, taken by Margaret Christie of Madoc, Ontario. 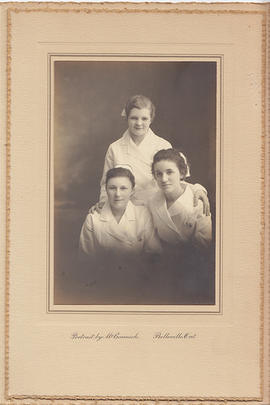 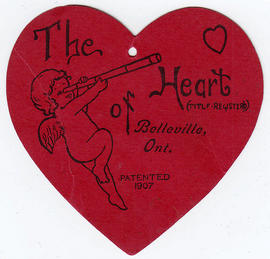 A heart-shaped publication of mini-postcard images of Belleville produced by Charles B. Scantlebury in 1907.
Two photo-postcards of Belleville, Ontario, during spring flooding [possibly 1936], one showing the broken footbridge, the other taken on Bridge Street West.

These volumes were compiled by the Historic Structures Committee of the Hastings County Historical Society in 1978 and 1983. They contain photographs and descriptions of some of the older buildings in Belleville, Ontario. Typescript history of the Belleville Senior Citizens Club No. 94, written by Pearl Holmes.

This collection comprises some 5,400 vertical files of materials gathered by the Hastings County Historical Society. They cover a wide range of subjects and were received from a variety of different sources, not always recorded.