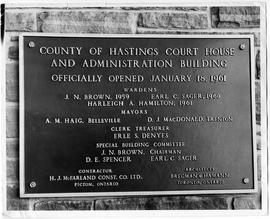 Slide show used as part of the Canada Day display for the Community Archives and Hastings County Historical Society at Zwick's Park in Belleville, Ontario, in 2014.