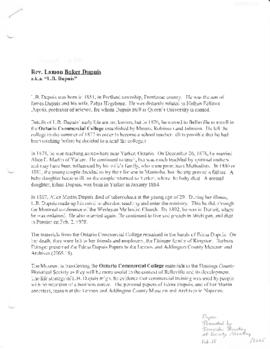 A collection of yearbooks from educational institutions in Belleville, Ontario.