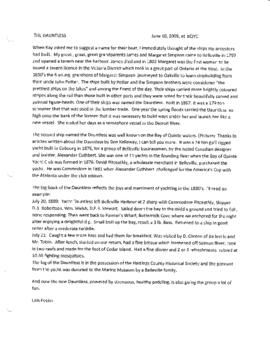 The file contains the text of a talk by Lois Foster, dated 10 June 2009, on the naming of a yacht "Dauntless". 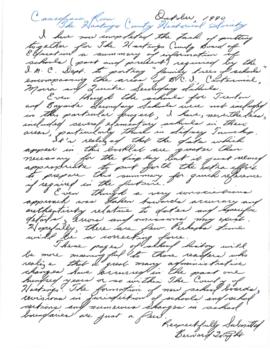 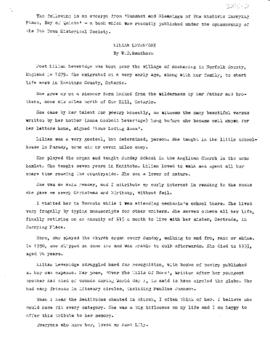 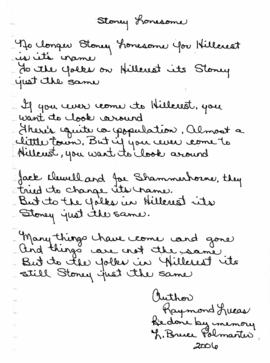 Poem by Raymond Lucas, written down from memory by L. Bruce Polmanter.

This file contains newspaper articles about the donation of 358 acres of land to the Crowe Vally Conservation Authority by Jack and Ethel McGeachie in 1995. There is also correspondence between John Brett McGeachie, the Corporation of the Township of Limerick and the Hastings County Historical Society regarding the renaming request (denied) of Steenburg Lake in Tudor Township.

The file contains a copy of a newspaper titled "Central Ontario Visitor from Lake Simcoe to the Kawarthas". There is an article on page 3 titled "First Nation history tells story of loss of a culture", about Alderville First Nation; Mississauga Ojibways.

This file contains copies of the Heritage Belleville Annual Reports for the year 1994 to 1998 inclusive, along with a copy of suggested guidelines and procedures for researching historical buildings in Belleville.

The Hawkins-Gill Family Papers and Memorabilia

This file contains memorabilia from the Hawkins and Gill Family including a number of newspaper obituaries, poems, ribbons and membership cards.

This file contains a program from The Hastings County Historical Society's Archives Celebration held on June 8, 1986.