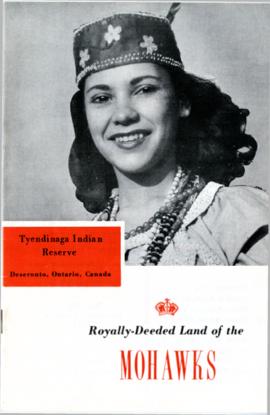 Mohawks of the Bay of Quinte

This file contains spreadsheets of a genealogical project prepared by The Belleville Public Library, dated March 1999. There are seventy-seven pages of local family names and source listings of organizations that hold information on the families. Also included is a five page document written by The Hastings County Historical Society about family trees, dated June 15 1975. 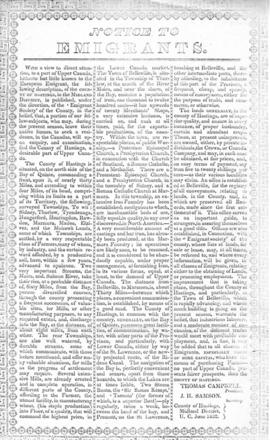 Photocopy of Notice to Emigrants

Notice encouraging emigrants to settle in Hastings County, signed by Thomas Campbell, president, and J. H. Samson, secretary, of the Emigrant Society of the county. 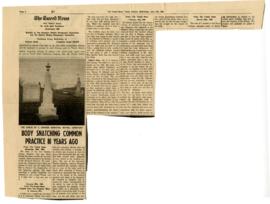 File contains a newspaper article from The Tweed Newsconcerning the disinterment and theft of the body of the late Stephen Conger Johnston and an ensuing controversy involving Kingston medical students in November 1889.

Papers relating to tax assessment in Marmora and Lake township

Notes relating to tax assessments in Marmora and Lake.

Township of Marmora and Lake 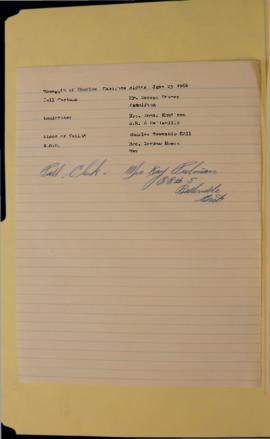 Township of Thurlow voters' list and lists of election officials

Lists of election officials and list of voters for Corbyville for the Federal election of June 1968. 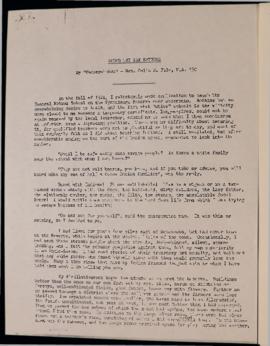 Among the Six Nations

Celia File's description of her life as a teacher at the Central Mohawk School on the Tyendinaga Mohawk Territory, where she worked for six years from 1921. 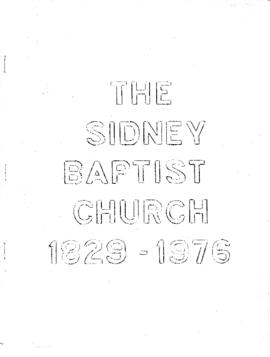 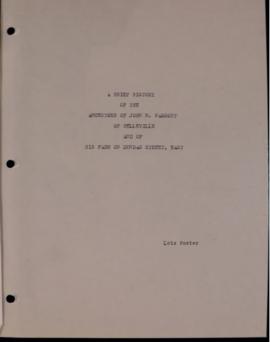 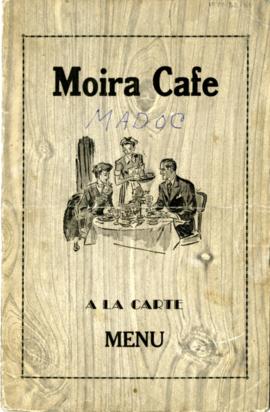 Menu for the Moira Cafe, Madoc

This file contains numerous booklets about the events and happening of the U. E. L. Association.

This file contains the original accounts book for School Section No. 23, in the Township of Thurlow from 1863 to 1914.

Request for subpoena for John Bell

Request for subpoena of John Bell in a dispute over land in lots 17 and 18 on the west side of Rear Street in Belleville, Ontario.