Materials collected by Lewis Zandbergen, including many editions of the Stirling News Argus and Community Press newspapers, some Belleville school yearbooks, a collection of photographs and materials relating to the history of Stirling and to Stirling Public Library.

A directory of county, judicial, municipal officials, statistics, and a complete post office and rural route directory for Hastings County in 1940.

Group of mostly unidentified photographs, many of them portraits of people. Those which have names are of:

The tintype is of a small child. One photographs shows five African-Canadian children standing in a road.

The following editions of the Quinte Secondary School publication 'Quintessence': 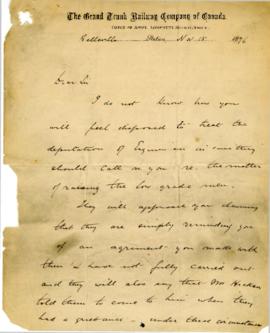