Photograph of staff of Canada Cement Company Plant No. 5

Copies of newspaper articles and photographs of the Gee family, owners of the Canadian Gold Leaf Company, 14 Bettes Street, Belleville, Ontario from 1947. Includes details of the family's history and the gold leaf manufacturing process. Prepared by Diane Brennan, granddaughter of George Gee, the founder of the business.

The file contains a newspaper article titled "Mystery of aviation history solved", about a plane on display in city hall in 1914. The First World War bi-plane was built by H.R. Polly and brothers in Belleville. 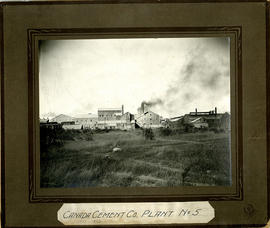 Playing with Fire: Trenton and the British Chemical Company

Digital film exploring the history of the British Chemical Company's plant in Trenton, Ontario, and the Trenton Explosion of 14 October 1918. 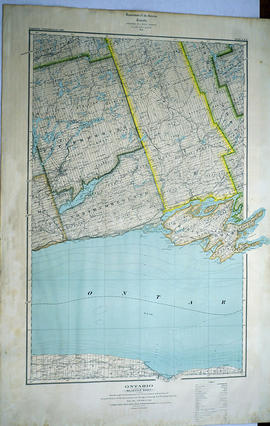 A map of Hastings, Prince Edward, Northumberland and Peterborough counties in 1916 from the Department of Interior Canada. Published by J.E. Chalifour, Chief Geographer. Scale: 3" to 95 miles. Dimensions 63.5cm x 96.5cm. 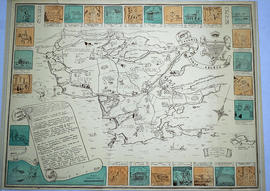 Depth of the Moira River for Channel Plan

A map showing, primarily, the depth of the Moira River within Belleville, Ontario. Together, with a written report, it proposed a channel to the New Ferry Slip. Major streets and some lots are also labelled. By John D. Evans, P.L.S. on April 28, 1881 or 1887. Scale: 66 feet : 1". Note the interesting colouring at dimmed edges. 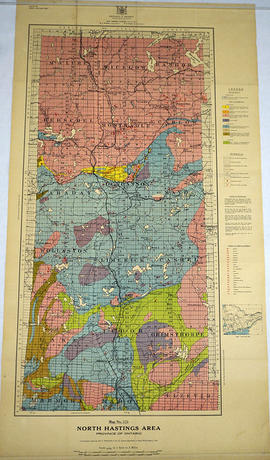 Donated by the Ontario Department of Mines, April 1, 1965.

14) Unemployment insurance stamps
15) 'The Cooks' Companion' recipe book published by the St. Andrews Club of St. Andrews Presbyterian Church, Belleville, 1932
16) Prize List for World's Fair, Shannonville, September 18th and 19th, 1942
17) Preliminary list of electors for Urban Polling Division No. 9 of Belleville, 1972
18) Agenda and papers of the School Closure Committee of the Hastings County Board of Education, 1992