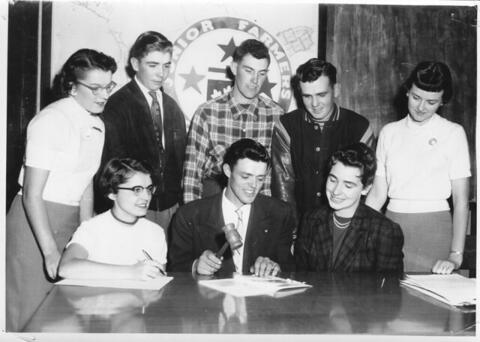 4cm of textual and photographic materials

Many of these materials were donated to Barclay Nap by Kay (Kathleen) Summers (formerly Homan).

Donated by Barclay Nap in November 2022.

Materials relating to the Hastings County Junior Farmers, including: