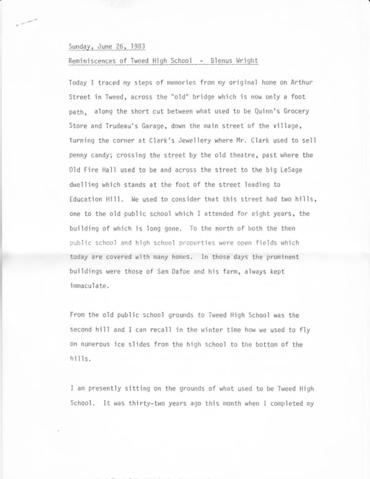 3cm of textual and photographic materials

Elias Wright was born on 5 December 1913, the child of Robert Wright and Effie (Lindsay). He was a lifelong resident of Tweed, Ontario. He married Mary Frances Payne in Tweed on 20 January 1932, when he gave his occupation as tinsmith. Wright was the superintendent of the Tweed waterworks from 1945 to 1965 and he later served on the Village Council. He died in 1999.

Items collected by Elias Wright, grandfather of the donor.

Donated by Melanie Wright in February 2021.