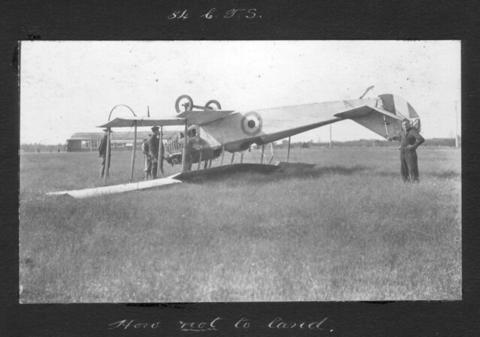 Christopher Paulus Devos was born in London, England, on 4 May 1892. He served in the Royal Flying Corps and Royal Air Force as a flight instructor with 84 Canadian Training Squadron during the First World War, based at Camp Mohawk near Deseronto, Ontario, and Camp Taliaferro near Fort Worth in Texas. He died on 6 June 1962.

Donated to the Deseronto Archives in February 2009 by Denzil Devos (son of Christopher).