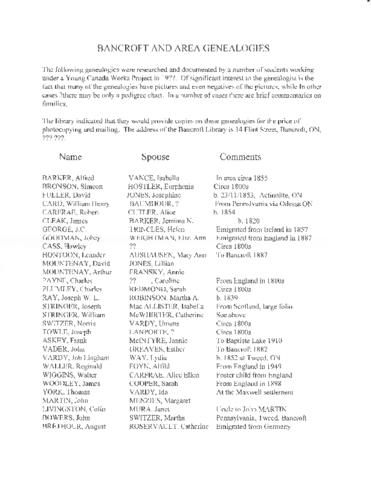 The first library was located at W.N. Simmons' Tailor Shop, later at Athens High School. In 1918, the Women's Institute made a library their first peacetime project. Beginning as a small travelling library, it later was established in the basement room of the Community Hall, built originally as a jail, until it moved in 1960 to 14 Flint Avenue. (Reynolds, Nila. Bancroft: A Bonanza of Memories. Bancroft, Bancroft Centennial Committee, 1979, pp. 161-165)