Ten cinefilms created by members of the MacDonald family.

A binder of handwritten poems by William James Savage, written 1914-1964, with the last two pages containing an index of poems by title. 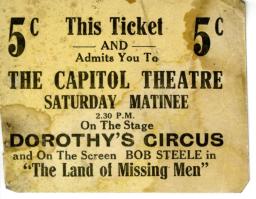 Photographs of members of the Riggs family and their social activities. Scrapbook of newspaper clippings relating to the family.

This series consists of textual records associated with the Community Concert Association and the Quinte Ballet Dance Centre.

The following textual records are from the Community Concert Association:

The following textual records are from the Quinte Ballet Dance Centre.
*Pamphlets and brochures

The series consists of the following miscellaneous textual records and graphic material created and accumulated by the Riggs family:

The Riggs Concerts and Programs series consists of concert programs and recital programs that have been organized by the group or organization that held the concerts and recitals.

This series contains the following textual records and graphic material from the life of Leo Bates Riggs:

This series contains textual records and graphic material, primarily personal letters of correspondence and various documents relating to the career and activity of Leona Riggs in Belleville, Ontario.

Collection of materials from Bill Stovin, including:

Programs for events organized by Belleville schools and churches, including:

Recordings by The Radio Four of Belleville

Part of Records of the City of Belleville's Recreation department 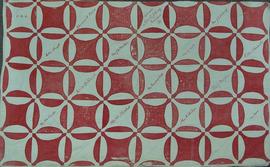 A red and white quilt made in 1894 by the Steady Gleaners, a group of women affiliated with the Presbyterian Church of the Redeemer, Deseronto, Ontario, possibly with the aim of raising funds for missionary work. This quilt may have been made for such a purpose. The signatures of the women in the society are embroidered onto the squares of the quilt.

Presbyterian Church of the Redeemer (Deseronto) 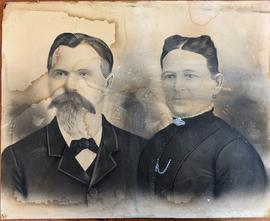 Portrait of James and Melissa Dryden

Portrait of a man and woman.

Poster advertising "An intimate evening of vocal and instrumental virtuosity featuring the music of Vivaldi", held on 23 July 2006 at St. Mark's Hall, Deseronto. The performers were the Aradia Baroque Ensemble and Marion Newman, mezzo soprano.