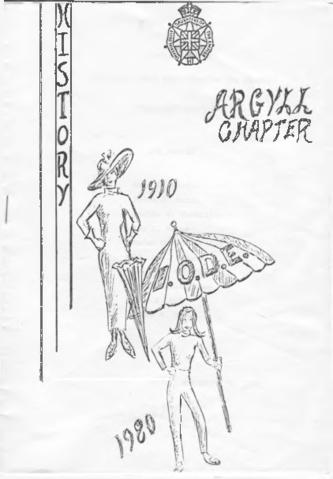 The Argyll Chapter of the Imperial Order of Daughters of Empire was established in Belleville on 10 November 1910. Membership was open to the wives, mothers, sisters and daughters of active members of the Argyll Light Infantry regiment, with the Commanding Officer's wife (if there was one) taking the position of Regent. The organization raised funds for local service personnel and charities. It was disbanded in 2001.

Materials collected by Stella Milroy (1928-2011), a member of the Argyll Chapter IODE.

Materials donated by Brian Milroy and Elizabeth Mitchell in June 2013.