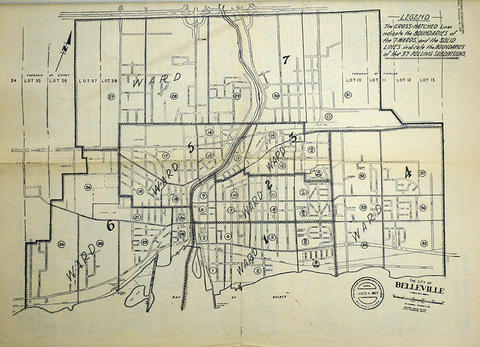 A map showing the 37 polling subdivisions of Belleville, Hastings County, Ontario. Composed by Charles Mott from the City in August 1958 and published in The Ontario Intelligencer on 28 November 1958.

Photographed and available online at https://www.flickr.com/photos/cabhc/48081018936/